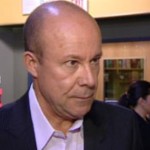 Bill C46, Section 319, of the Criminal Code of Canada states clearly that anyone who incites hatred in public, that runs the risk of causing a breach in the peace, earns that person up to 2 years in prison.  The tweet Mr. Gormley posted sounded exactly like the same kind of speech described in the link above.  Therefore, what Gormley tweeted was criminal according to the law of Canada.

Supporters of John Gormley rail against the petitions that call for his resignation.  Some claim that we’re being too sensitive, while others claim the right of free speech.  First, sensitivity is an evolved human trait, too often confused with being overly emotional.  Simply put, it isn’t.  If you aren’t sensitive to others, then you are insensitive to others. It’s hard to say it without using four-letter sentence enhancers, but, if you are insensitive to others, I’m sorry, but you are not a good human being.  Secondly, the right of free speech is not a fuzzy area in Canadian law.  It is spelled out very clearly.  What Gormley wrote was inciteful and not insightful.  I understand the kneejerk that can cause one to think this way, but that is instinct not logic or reason.  As humans we have the ability to think in ways that overrides instinct.  Some of us just don’t.

We could call for his arrest and put him through a trial, but we aren’t asking for that.  Gormley’s resignation is an easy punishment that can be described as a compromise to keep him out of jail.  I’d like to say that, realistically, he wouldn’t actually suggest that we shoot someone for declaring that god is great, which is what allahu akbar means.  But, I have listened to his show before on a number of occasions and this is not the first time he has suggested violence as a solution.  The text of his tweet could have, and may still, cause any one of his supporters/listeners to shoot someone that yells allahu akbar.

Mr. Gormley’s apology is halfhearted at best and typical of the radio show host.  An apology, even if sincerely delivered is insufficient in light of the offending statement.  Those of us who, like our legal system, find such comments wholly wrong in a civilized society, aren’t looking for apologies.  As stated, we want his resignation.  Why?  Because he is a high profile celebrity whose words can cause some people to do exactly as his tweet suggested.  As many of his followers and himself has suggested many times on his show, an example must be made to show people that this kind of speech is unacceptable.