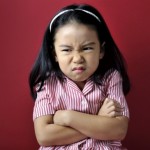 Who is really in charge of your emotions?  I ask because too often I see people being overly blamed for the anger of others. All too often it seems that I am in charge of not making other people angry.  But, how much of this responsibility is on me and how much is on those who habitually fume at the actions or bahaviours of other people?  Don’t misunderstand, I too get mad and also attribute the causes of those moments to someone or something that triggers them.  I’m fully aware that I am the one in charge of myself, that I am the one who invariably makes the choice of letting it get to me, or allowing it to pass.

I’ve been told countless times in the past that so-and-so is easily angered and to be careful, to tread lightly.  Every time I hear something like this I quickly respond with words to the effect that, no… I will not tread lightly, so-and-so can damned well learn tolerance… and I feel mostly right in saying so.  This is not to say that I am free to troll or instigate someone who is easlily set off, I’m not.  I have the responsibility to put some reasonable effort in not preying on people easily riled.  Even if I personally feel that a bit of adversity can and will teach some tolerance to someone who cannot control their emotions, it is not up to me to teach anything in such a manner.

On the same note, I also have a right to express myself, my concerns and rebuttals.  I have a right to express my political, social and moral views to counter what is clearly incorrect, illogical thinking and assumption.  And I should not be blamed for someone becoming completely unhinged due to unaddressed anger issues.  For some reason I am responsible for both my own emtional state and those of other people.

I have somehow made it my life work to counter incorrect with the correct.  It is not just one of the directives of this blog, it is the way I am.  The intent is not to be a pain in the arse, even though it is commonly viewed that way.  There are some modes of thought, and some moral stances, that are just wrong and have been allowed to propagate through society simply because we are afraid of being open an honest with those who fume, seeth, and generally make everyone’s life miserable.  We walk on eggshells whenever we’re around them. We adust our behaviour to accomodate them… and we shouldn’t.  What we’re really doing when we back away and not call these people on their behaviour, is not qwell a bad situation, but let it fester for the next time, when it starts all over again.  In short, we are supporting an atmosphere of negativity and this sends a clear message to anger addicts that it is not only okay to be like that, but preferred.

People that resort to anger need to learn to temper their temper, and the rest of us need to realize that it is not up to us to avoid pissing them off.  Our only responsibility is to not deliberately piss them off.  We are allowed to challenge them on bad moral ideals and bad behaviour, even knowing that such challenges may well cause an uncomfortable tirade that ends up making us miserable for a little while.  So, to answer the question at the very top of this post, we are responsible for not being a dick… just like they are.