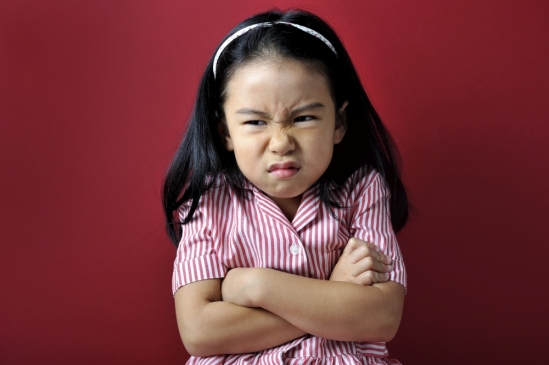 I’ve been engaging Canadians in Facebook commenting sections lately. What I have uncovered is one overwhelming element that everyone should be well aware of on the internet. Lazy thinking, bad thinking and just plain not thinking at all. But this is normal isn’t it? I mean, for as long as there has ever been an appreciable internet there has been the unsavory types dragging the rest down into the quagmire with them. Even before the internet, and here I reveal how old I am, there was FIDOnet. Ol’ FIDO was a network of servers that people could log onto, play the odd ASCII game and debate or discuss anything from making beer to the ultimate questions of the universe. We had a time I tell you. Those were the days where some of us hung out on Theories_134 and waited for religious fundamentalists to peek in, say something we found silly and then we would all jump on them… some of us politely, others not so. You know we were all much younger then… I was much younger then. So, the whole concept of dialogue, debate, say only what you can back up with evidence was somewhat new to me back then. I spoke my share of dumb things, learned from those mistakes and eventually grew into the skeptical, realist I now am. These hard knocks are what we all need to grow as thinkers. These experiences are what we all need to grow wisdom. You know the “sapiens” part of homo sapiens.

If you can imagine the nostalgic feeling I had when I first started three weeks ago and how that led to a full return to fighting the exact same ideologies, assumptions, and sheer stupidity of yesterdecade, you would be able to understand why my heart first fell. It fell because after twenty years I see that people haven’t learned a darned thing. I see the exact same idiocy backed up by nothing but an attitude and a mad desire to be right about something.

The comments that were made were in reaction to proposed changes to Canadian immigration laws, changes meant to make Canada more inclusive to those who choose to move here, lower the risk of revocable citizenship that was started near the end of the Conservative Party of Canada’s reign of civil terror and fiscal-economic absurdity.

I’ve seen the same arguments of old, come back again and again. I saw language used as a bludgeon on new Canadians, demanding refugees – those people who until a couple years ago had no idea that every major city at home would be bombed into rubble – speak English before coming here… as if they had the time to do so, while playing dodge-bomb.

As for the changes to Canadian Immigration laws, Facebook user Tanya Niels-King said it well, “’Changing the language requirement BACK to the age of 54 from the 64.’ Up until 9 months ago 54 was the cut-off. I have noticed no change in our safety because of it, nor do I think the ability to speak English or French makes us any safer. Need I remind that being able to speak a language and being understood while speaking the language are two different things?”

Back in my day terrorism was just something that happened in countries so far away reports went in one ear and out the other without any concern that we would be attacked here. Twenty plus years ago it was the cold war between the Russians (USSR) and the USA. We lived under the constant fear that in seven minutes we would all fry in nuclear hellfire. Our hate was directed at Russia, and yes refugees from other parts of the world. Back then, however, there was no worry about any of them being terrorists and trying to blow up anything or killing anyone over here. For some reason being able to revoke citizenship of any of those refugees was never an issue. “’Removing the ability to revoke citizenship for acts of terrorism, et al IF they hold another citizenship’. Again, up until 9 months ago this did not exist and furthermore does not keep our country more safe or less safe. The acts would have to be performed in order for this to be used and the act would have to be committed by an individual holding, at least, a dual citizenship.” Says Tanya. And she is right. The changes the CPC made to immigration has done nothing to ensure that Canada is in any way safer. Therefore assuming that the proposed changes back to the system that was nine months ago would result in a net zero increase in the risk of terror attacks in Canada.

Aside from terrorism as the new perceived threat, I have seen no difference in the ignorance and hatred of primitive thinking minds. I still see excuses that refugee welfare layabouts will take our jobs. A statement, that is not only self-inconsistent but one I’ve heard and seen so many times that I wonder if any of the internal logic filters is actually working in some of us. The common threads that run through this entire scenario are fear, anger and hate. Anger and hate cannot be countered easily, at least, I’ve never met a rage-a-holic that could be reasoned with without using a blunt object. But fear… we can, at least, show how there is no reason for it, and that the changes our government is intent on making to immigration policy and laws are improvements to the system.

Calm dialogue doesn’t work, because all that earns are vitriolic, hateful attacks on personal character rather than a reasoned rebuttal of facts. The only decent conversation I’ve had were not with those who support the anti-Canadian acts of our previous government, not with those who are still addicted to old ways and refuse to grow socially with the rest of us, but with those who already agree with the changes and those whose eyes can be opened.

The issue at hand was handled very badly by so many. “Ragelining” (the process by which one only reads headlines, rage posts and moves on without reading the article) is the real guilty party in all this. Lack of knowledge combined with the sheer hate in the hearts of so many is the result. It may seem pointless engaging with permanently horrible people. It may seem like driving your head into a wall would achieve something more useful. But, we need to continue regardless of how they react. We need to keep on them, not to change their minds, but to change the minds of those merely watching, those who can see the reality of our situation. We need to keep engaging horrible people, because if we don’t… the illogical, inhuman views of hateful people are all the watchers will see.

I too used to have similar, toxic views. I used to be a conservative. Embarrassingly, when I was first able to vote I voted for Brian Mulroney. I used to hate gay people. I used to think that capitalism was the only good form of civilization. I used to think that corporations would get humanity to space and beyond. But I no longer hold these views. I find them inconsistent with social progress. Now more than ever it is important to change minds from old thinking to new thinking, from intolerance to tolerance and from hate to love. Because in the end, it is simply the right thing to do.