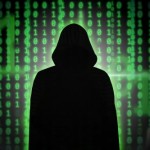 Last night One Eyed Lemon suffered 19 hack attempts, and what I mean by suffered is that each IP origin was blocked and OEL was not compromised. Previous attempts followed a simple pattern of 3 attempts per night for a week or two then nothing for a month or so. That was the worst it was, so I took it as OEL simply being part of a group of targets, randomly generated. No big, right? But 19 attempts shows focus and intent. Did I anger someone out there? I suppose it’s entirely possible, given that OEL posts morally sound viewpoints with reason and logic, and some people just can’t handle the truth. It’s also possible that someone simply saw One Eyed Lemon and felt it was nice to try to hack it. In either case, whoever it is, the person behind the focused attempt to hijack OEL is an amateur, someone who just discovered the world of hacking.

Looking at the times of each attempt there is no pattern in IP addresses, number of tries or timing for each attempt, which tells me the person was trying manually… you know, instead of using an automated process. Such automated processes would show a regular pattern in the timing of each attempt. Perhaps this person thinks they’re a professional hacker, maybe even claiming to be Anon, now that they have some of the same tools. With 19 attempts at 1 to 3 tries each, that is 57 single attempts to log into my admin account on OEL over the course of 37 minutes. Does that show dedication and, therefore anger? I don’t know, I’m not a hacker and never claimed to be all that knowledgeable about the topic. But when I envision sitting at my computer manually setting up each attempt, to me that is a kind of dedication. Yet, there really is no way to know if that dedication is the result of being pissed at OEL for some personal reason or if it’s simply a game. If it is anger, then… well, grow up and realize people will have differing opinions. However, if it is simply a game, I wonder how long it will take them to be as proficient at it as they are at GTA 5 or whatever that’s at now.