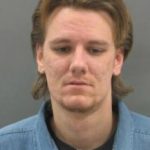 Remember Daniel Wilson, that guy who beat his seven month old son, Dawson, to death and garnered a life sentence? According to an article that drifted into my feed this morning he was beaten to death by his cellmate, Brandon Kulhanek, who is currently serving time for a number of other violent crimes. Instinct will tell most of us to think that he deserved it for what he did to his son. But the crazy part of this is, Wilson wasn’t beaten to death by his cellmate as revenge for the murder of Dawson, nope. Kulhanek murdered Wilson in hopes of being transferred to another prison. It doesn’t really matter why Kulhanek did it. He did it and the full spectrum of opinion is out there.

What I really want to talk about is not the reasons behind the deed, but the morality the rest of us are struggling with (or not). I fought for the side that a life is a life regardless of how disgusted I am with the person. Yet, this view is not satisfying to me because Wilson brutally murdered his son. That is a horrible, reprehensible act that my soul cries out for some justice. I mean why should Wilson live, in prison or otherwise, while Dawson is dead? Why should a murderer, who cares nothing for a human life, let alone that of his own child keep on living? Is it moral of me, or anyone, to be happy that karma finally came around to Wilson and dealt the same blow he dealt to an innocent child? I honestly do not know.

However much we like to think it is a simple case of kharma dealing justice, it isn’t. Answer the following questions in your head. Could you murder someone like Wilson in the name of justice? If you had that opportunity can you say with the same conviction that he deserved it and your actions are justified? I don’t think that anyone with some semblance of morality can honestly feel the same way when they’re actually faced with ending a human life. After all it is easy to be happy that Kulhanek beat Wilson to death when you weren’t the one doing the beating. However justified we feel about taking punishment into our own hands we aren’t the ones whose job it is to dispense it ourselves. It is illegal. Simple right?

But it isn’t simple. No matter where we derive our laws and moral judgements we always seem to make exceptions. It is bad to steal, but if your are about to die of starvation I can almost guarantee that you will make an exception. It is bad to vandalize property, but some of us will blow up pipelines for what we see as a greater good. And we collectively feel that murder is bad, but feel happy about Wilson getting his just desserts… at least, we don’t feel all that broken up about it.

I know, this brings up the capital punishment debate all over again, just using different words. Some states in the US still have the death penalty, and as polarizing an issue as it is there is still no firm moral ground to debate from. A life is a life, but does the life of someone who doesn’t value other lives matter? The bible says not to kill in its sixth commandment, but sanctions killing in many other parts of the holy book. The state says murder is bad, but if you are defending yourself and your assailant gets killed as a result then it’s justifiable homicide.

So, where do we look for the answer? I honestly doubt there is one. We cannot look to religion, whose source is an almighty god, because there is too much contradiction. We cannot look to the legal system, based on the collective will of the majority, because it doesn’t represent the feelings of all. Seriously, if you’re in a group of a hundred people and fifty-one of them feel it’s a great idea to jump off a cliff will you succumb to the collective will of the majority? Of course not.

There is no firm ground to make a moral judgement. Morality itself seems well rooted in individual opinion and need and not on anything concrete. Our entire legal system is highly subjective and is taken on a case by case basis. Just because Joe Blough got off on a manslaughter charge doesn’t mean the Jack Meoff will also, even though both situations may involve Joe and Jack being attacked by an assailant. Whether or not you’re happy that Wilson is dead in the same way that led him to serve his rather short life sentence, at the end of the day it is purely a personal choice. I suppose that no one can be condemned for feeling pleasure (or not) at the murder of Wilson.