Sorry, it’s true. I do understand that there are a number of reasons why you would think so; I have a bald head, I have a similar beard and wear glasses. But aside from those three traits there is no resemblance at all. Don’t believe me? Look at the following pics: 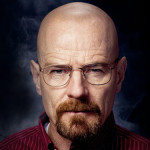 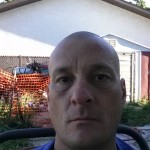 Now, if the above images hasn’t changed your mind, there is not much left I can do that will knock sense into your head. I can try to point out that looking like someone is completely different from resembling someone, which is nothing at all like reminding you of someone – which is what this is. But I really doubt this will convince you, because you are a fan of Breaking Bad. Do you know how I know you are a fan? Simple, you keep telling me I frakking look like a fugly arsehole, who makes people bleed and sells drugs. Which, by the way is a bit insulting, because I’m frakking gorgeous, wouldn’t hurt anybody and don’t sell drugs.

Actually, this goes much further than taking a few changeable traits and running wild with them. There are social protocols that seemed to have been ignored because you feel the overwhelming need to tell me I look like some fictional dude. You have no idea who can be insulted by such comparisons. It doesn’t matter if the character you are comparing someone to is ugly or beautiful, good or bad. There is always the possibility that verbal expression of perceived similarity can actually insult, regardless of whether you intend it as a compliment or simply innocuous statement.  What if I told you that you look like Taryn Manning in Orange is the New Black: 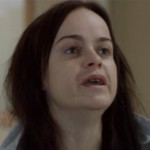 … or Steve Tyler of Aerosmith: 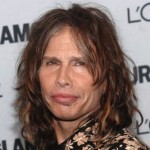 Not flattering, right?  With that said, I have to point out that walking up to me and stating with glee “you know who you look like” or “you should wear a t shirt with Walter White on it” may earn you a laugh, “I get that a lot” and “Yeah I just might”, inside I just want to hide under a rock until the show is long off the air and Walter white has faded into the same obscurity as 99% of the actors on Star Trek the Next generation (seriously that show kills careers).

It has gotten so out of hand that, everyday I show my face outside my house, at least one person tells me that I look like Walter. I outwardly laugh, but inside I cringe. I was a little flattered the first few times, though in hindsight I don’t see how I could have been. Now, I’m much less flattered, and more and more tolerant. I say more tolerant because I have to be. It’s not going to stop, I know it.

OEL is not a big blog, I reach maybe 15 people a day on average and engagement is pretty much non-existent except for a few per week, if I’m lucky. So, the possibility of this post reaching a reasonable number of people in Regina is so low that, even as I type these words, I feel the battle is lost before I actually post it. Want to know what would really flatter me? Get more people to follow the One Eyed Lemon, then I could let the Walter deal slide… and maybe even get that t shirt made – if only to show how much prettier I am than Walter White.  See how I turned this into an OEL plug?  Yeah, it’s a talent. 😉