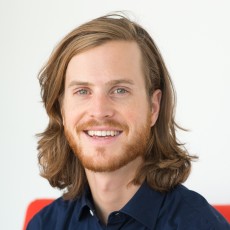 The next time you critique Star Trek watch out. Recently a local geek was offered the first Accuracy Technician position at the Star Trek Useless Facts Foundation. The organisation has opened it’s doors to those whom they see as the most proficient in advising others how little they really know about the popular TV show. When approached by the foundation Malcolm Benedict jumped at the opportunity stating, “I was both surprised and honoured that I was their pick. At first I thought it was nasty joke. I mean, my non-geeky friends are always about the gags at my expense. After a bit of research and an interview I am now making money doing what I was always doing for free.”

When we interviewed Admiral Armand Hammer, president and founder of STUFF, he explains the importance of getting Star Trek facts straight. “I mean, c’mon… there are people out there confusing Star Trek with Star Wars, creating fanfiction with no regard to canon and no respect for the hard work the rest of us put in to maintain some semblance of consistency.” We mentioned to the Admiral that even the writers of Star Trek frequently get things wrong and his answer was surprising. “Fuck’em… fuck the writers, they obviously don’t know shit and will write whatever they fancy at any given time. The foundation’s goal is to supply filmmakers with the next generation of good writers and advisers that the franchise deserves.”

Other positions yet to be filled are, Useless Facts Adviser, Worthless Knowledge Archiver and WTF Physics Coordinator. So, the next time you post any comment about the Star Trek franchise on social media, be on the watch for Malcolm, for he’ll burn you. “Actually, it’s `they’ll buuurn ya’, from All Our Yesterdays of the original series. Please use a little effort, okay?” Says Malcolm. Good job, Malcolm. You finally found your niche.