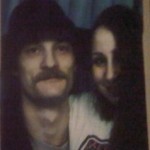 After 25 years it must be said.  You hated Pakistani people, Asians, Russians and many other ethnic groups. You hated gay people, made fun of transgender people, and generally felt they all had AIDS. You loved capitalism, and I’ll quote you, “we need to colonize space as soon as possible, and the only thing that can make that happen is capitalism”. You also felt that capitalism was the only viable way for the world to be. You described yourself as “atheist” and hated everything connected to religion. Sure you did try that “spirituality” thing, but that was more of an experiment than any real endeavor to be spiritual. No wonder it failed.

I have to say, that I’m quite embarrassed with you. You wore intolerance like a badge of honour. You listened to talk, not facts. You actually believed that Sikhs could just take off that turban and put it on again like a hat. You didn’t question anything, especially yourself. Looking at you and your racist tilting at windmills fills me with disgust. For crying out loud you were a conservative dick.

The only thing that has remained a constant from you to me is the love of astronomy and science. I mean, you even had the dream of one day being an astrophysicist with the hope that excelling in your academics would earn you some kind of scholarship to fulfill that dream. But even that was derived from the false. Remember “the Big Bang Never Happened”, you know the book that filled you with such disgust with mainstream astrophysics that you vowed to educate yourself and get that Ph.D.? Within a couple years, you’ll see very clearly what a load of bullshit that the whole book was. You hated George Smoot because of the crap Eric J. Lerner wrote, never once questioning whether he was wrong, or misrepresenting the facts. Within 2 years you will get such opposition that you will write an email to one of the researchers mentioned, with a quote from the book, inquiring about the validity of statements Lerner claimed were true. When that researcher replies, and you find out the truth, this will start you on a path of rediscovery of yourself and who you really are.

Richard, there was one decision you made that put you on this path of knowing the truth, or, at least, knowing what is not the truth. It was a decision that literally changed everything about you. Contrary to what you may believe, all that embarrassment will make you a better person. You will learn that it doesn’t matter what your colour is, where you come from and what your belief system is. You will discover that we all have one thing in common, we are humans. We all love, hate, are happy and sad. We all want to not be lonely, to be appreciated, not judged. We all have a need to be accepted by someone. We also all build prejudices, ideas not entirely founded in fact. And we all think we are right. “It’s when you feel the most right, that you must consider that you may be the most wrong”, do you remember who said that? When you hear those words, something in your head will *ping*. You will use this as a sort of credo for how you assess yourself, and this will springboard you into a state of personal growth that will last you the rest of your life.

For now, suffice to say, 25-year-old Richard… you are an asshole.

Sincerely, the 50-year-old me