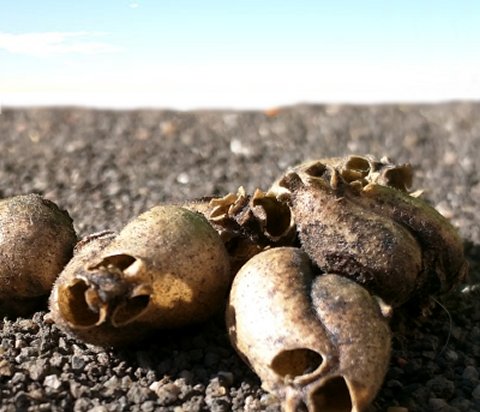 Back in may of 2015 these alien skulls were excavated after a geological team discovered them by accident. The team, led by Dr. Daren Knowels, of Lakehead University in Thunder Bay, Ontario, found the first of several “odd looking skulls”. “I was clearing some of the rocks, that litter this entire region, to set up some of our survey equipment, when one of the rocks I kicked over revealed [the skull]. Removing a few more rocks revealed more of them” said Knowels. Knowels immediately called Lakehead University, which got in contact with the Canadian Archaeological Association. “Given that the site could be important from a archaeological perspective, I found it prudent to cease operations and made a call to Lakehead.” Knowels explains. However, the skulls went missing days later. The contact Lakehead University spoke to, one Corie Morel of the Canadian Archaeological Association could not be reached for comment.