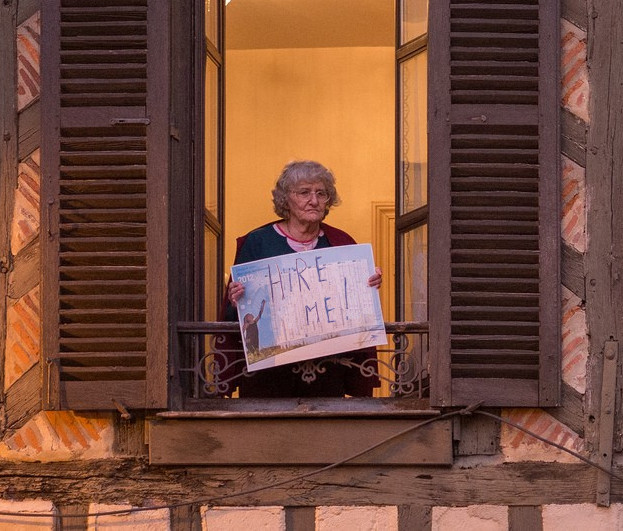 Forget about applying for employment at prestigious NASA using the NASA site careers section. Amy Kudough did it simply by posting a reply to a recent article posted on NASA’s Facebook page. The young ambitious woman had only just posted her desire to work for the the US government agency when they replied directly to her message. “I felts that if I expresses my wants they would hires me. I’m very happys!” States 83 year old Amy.

In a phone interview with NASA career specialist Andre Mills explained why they bypassed their stringent requirements. “It was very clear that this young woman’s ambition alone was all we needed. We didn’t care that her english sucked potatoes, or that she wasn’t even a US citizen or even that she hadn’t yet even applied to a US university for a useful education in aerospace.” When we asked about how this affects future hiring practices, Andre answered matter-of-factly. “The fuck are you talking about? Hiring practices are meant to be bypassed, that’s why we make them. Look, if we kept stuck on wanting people to be properly educated in order to work in the aerospace industry the unwashed masses would never get a shot. It’s only fair that we forget all about the protocols we put in place over decades to make sure the right stuff is acquired.”

Other specialist high level careers, including the president of the United States, are now starting to follow NASA’s example and have begun employment drives on social media sources such as Twitter, Couch Surfing, Bebo, Sport Lobster and Tea Party Community.