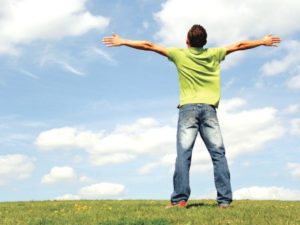 When we write a story there is often some idea, feeling or concept we want the reader to entertain.  There are many tutorials out there about what questions you must ask yourself, and although I do not disagree with them, I still feel the need to share with you the six questions I personally feel an author must ask of themselves before beginning a prewrite.  The bulk of the following is based on philosophy, and I feel that is important, because in the end a story is most often an examination of some philosophical insight or question.

Who is the target audience?

This is the very first question you should be asking yourself before even considering your prewrite.  However eager one is to get started, without this first question you stand the risk of mis-targeting your audience.  Are you writing to children, adolescents or adults?  If it’s children, then you will need to avoid going too much into detail with certain aspects of human behaviour.  Yes, children are much smarter than we often give them credit for, and they are aware of a lot more adult concepts than we’re willing to admit.  However, that said, we still need to be cognizant of sensitive issues and we need to respect the parents’ possible issues with content.  I mean it would be rather inappropriate to have sexual content of a pornographic nature when telling a story to your child, right?  So, your story cannot be a typical romance novel.   That genre is generally for the late adolescent to adult populations.  Children would generally find romance gross.  Nor do you want to target adults or adolescents with “Boobob the Bear Goes to the Zoo”.  Know who you’re addressing and keep that mental image in your head while you formulate your story.

What are the philosophical implications?

Stories are interesting because there is most often some root philosophical investigation involved.  It doesn’t matter if it’s Boobob going to the zoo to see caged animals, Barbara the Barbarian trying to break her tribal stereotypes, or a weapon of destruction that can end all of civilization, philosophy is often at the root of human behaviour.  There may be some exceptions to this, but I have found that the most interesting stories are those that challenge philosophical issues.

Where do you want to take the reader on that philosophical journey?

This is a complicated question and one that I struggle with whenever I put fingers to keyboard.  In my short story “The Fifth Rule” the philosophy is about rules and when to break them.  I will not give spoilers, but my difficulty was deciding how I would challenge my protagonist and the rules he was taught in the academy.  That challenge needed to be delivered in a setting that would force a decision from Quinn one way or the other.  I chose survival as the direction of that story, but I could have easily placed him before a review board for some decision he made that violated regulations.  Either way, Quinn struggled with the philosophy of the rules of survival.

Why do you find the topic valuable?

This is as important as choosing your target audience.  You need to assess why it is that you find a given philosophical idea important enough to put to keyboard.  In “Parallel Man”, Anders struggles with the prospect that he is killing other versions of himself.  I found this important because self identity had been on my mind for years before committing to a prewrite.  I was fascinated with the prospect that if I slipped into an alternate universe, would I even like the me that lived there?  Would I care for the alternate version of my wife that he was with?  What if the alternate version of my wife was exactly the same in every way?  Would it even matter?  The end philosophy that resulted was, “if you cannot be with the one you love, love the one you’re with”.

How do you want to deliver the philosophy?

This takes all the above and melds them all together into something cohesive.  If we’re writing for adults, we can examine the philosophical implications of personal security versus national security, using ideological terrorism in the modern age, and higher moral philosophy to promote the brotherhood and unity of man.  This is something I personally feel strongly about.  In this case, I would deliver it as a personal journey of the protagonist from a state of hating oneself, and thus all of humanity, to a state of acceptance of the fact that we are all good and bad people trying to do right by ourselves.

When is it a good time to drop an idea?

This one I saved for last, because it is more of a self assessment than it is mental preparation for the tale you want to create.  This is listed last because at the end of the day you need to be able to let all the above effort be wasted.  Hey, it happens and one should never be too reluctant to waste that time and effort.

Sometimes an idea just doesn’t work, no matter how cool it sounds in your head.  While writing an installment of “Parallel Man”, called “Flower Child” I had gone several drafts in and several scenarios resulted.  None of the attempts really worked for me and I ended up writing myself into corners at every turn.  In the end I had to drop the idea and move on to another.  Yes, I still have the recent few drafts, but even today I do not see how I could have pulled it off without destroying the reader’s willingness to suspend disbelief.  The idea is still rather cool and I am always looking for a way of expressing it.  It just wasn’t going to happen with “Parallel Man”.  So, you need to realize when your idea, no matter how awesome it seems in your head, will break a story.  We often hold a little too much emotional investment in our conceptualizations, and that is normal for us as writers.  This is because we write from our hearts and it is the heart that gets attached. We resist letting ideas go based on that investment.  But, if it doesn’t work, don’t force it.  Move on.

Of course I did my best to present these questions in a manner that makes sense.  If you feel there are some that I left out, or just feel I made a mistake someplace, please feel free to comment.  No writer is perfect and we all share the same love of creation.  So, what are some of the questions you ask yourself before you hit the keyboard?