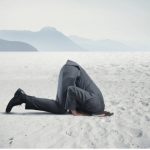 Do you have an open mind? Wait. Before you answer you may need to properly understand what it really means to have an open mind. Urban Dictionary defines an open mind as, “… when even if you think you are right, you know that you can be wrong and are always willing to listen to and hear an opposing or contradictory view.” The Cambridge online dictionary defines it as waiting until all the facts are in before making a judgement. But, let’s tear apart the definition from Urban Dictionary first, because it troubles me somewhat.

There is a scale with definitely not right on one end and definitely right on the other. Most of us are somewhere between the two on most issues. Yet not all issues reside in that fuzzy, gray area. For example, I don’t need an open mind when someone says that the Moon is made of cheese. When I say it is not I do not need to look at the evidence presented by Mooncheesers, just in case there is new evidence in support of a Moon of cheese. Barring that non-zero quantum probability, that suddenly the Moon can turn into cheese, it most definitely is not made of Gouda, and I definitely do not need to entertain the idea. I can say with certainty that my claim is on the definitely right end of the scale. It is the same with hollow Earth, zig-zag-and-swirl and chemtrails. All three never should have happened, let alone gain acceptance by so many people. This is why I’m going with the definition provided by Cambridge. When all the evidence is in we can make a judgement and be quite sure that we have it right.

Is it closed minded to no longer have an interest in the paranoid ramblings of a few crazy people that hold true to an idea even after it has been shown to be completely false? No, it isn’t. It is simply logical to not waste time on a falsehood that has been shown to be such. Illuminati, chemtrails, alien abduction – and Moons made of cheese – may still seem possible by Urban Dictionary’s definition, but not with the Cambridge definition. The evidence is in, we’ve looked at it from the proponent’s point of view and the evidence is not compelling, and can even be said to be contrived to the point of deliberate misrepresentation.

I’ve been called closed minded before, this is not a new thing. I was once told by a friend of mine that he saw pyramids on the Moon through his telescope. When challenged to show me he would not and I was promptly accused of having a closed mind. I was expected to just believe it. This friend defined open mind as “believe what I tell you”. This was during a time when I was struggling with other crazy ideas supported by fabricated evidence, molded to fit a desired conclusion. These were crazy ideas I believed without the background checking that is now a fundamental part of my MO. Mind you, in my defense, the internet was not accessible to the general public as it is now, so I didn’t really have the resources.

The thing is, no one can use lack of resources as an excuse today. The internet is a tool that is only half used for some reason. People look for what supports their preconcept and never look for, or have a desire to believe, any evidence to the contrary. Many people seem to choose ignorance. They are not open to the possibility that they are wrong, and in many cases seem to be scared to death of it. I do not understand how this fear can exist at all. Would you not want to know if you are right or wrong? If you are scared of aliens, would you not want to seek out all the information in an effort to either confirm or deny that fear? If you are scared of chemtrails, would you not want to know if it is actually true? If you answer no to any of those three questions then you do not have an open mind. And if your mind is closed enough to answer no to any of those questions, then you are probably upset with me now for having a closed mind.

However, if you answered yes to all three, then you are ready to look at both sides of any issue and tease out the truth. You are ready to use your resources fully. You may not always get the answers you’re looking for and it may land you someplace in the gray area, but that is how proper inquiry works. That is how science works. You may not consider yourself a scientist, but if you look at all the evidence, weigh that evidence against the contrary with an objective eye, then you are, for all intents and purposes, a scientist and have an open mind. If you are not afraid of being wrong, or at least not entirely sure, of something you once held as absolute, then you are not closed minded.