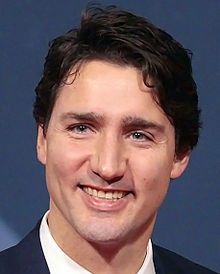 He’s been called Jihadi Justin, Deiber, TruDope and a number of other names.  He’s been criticized as simultaneously “doing nothing, while doing everything to ruin the country”.  He’s been accused of driving our economy into the ground in just a few short months, something that really needs to be blamed on the habits of the last ten years instead of the last few months.  No one can do that much damage in a few months.  He’s been accused of letting terrorists into Canada with refugees, even though anything that has ever been considered a terror attack on Canada was perpetrated by Canadian’s that have been born here.  And he’s been accused of globetrotting on multiple vacations on Canada’s tax dollar, even though the times he did actually enjoy a stat holiday was done from his own wallet and all other trips were simply the performing of his duties as a Prime Minister.  But I need to ask, how much does the hate on Prime Minister Justin Trudeau match the hate on President Barack Obama?  The accuracy and level of hate of the two are indistinguishable.  Both may have made some bad choices in the far and recent past, and both have also done some good.  So, the level of hate is pretty much the same.

Justin Trudeau is often said to be reckless.  C-51 was reckless in my opinion, and in this case I do agree.  I’m still an advocate of ditching the entire law as it destroys the Charter and makes it more of a crude guideline rather than the guarantee it was signed in as.  I definitely didn’t like that Trudeau called the Armoured Personnel Carriers “basically jeeps”.  I wanted the deal killed because Canada shouldn’t be in the business of supplying abusers of human rights the tools to abuse those rights more effectively.  Yet even with that said, I cannot fully condemn his willingness to continue the deal, because it’s already been made and such contracts are difficult to exit without costing a whole lot more than the 14 billion made off of it.  Even then something tells me that if he did kill the deal the very same haters would bitch that he drove our country further into the red.  There are other decisions I don’t like, but I understand that no one can appease everyone all the time.  The job of a leader of anything is to weigh all the options and pick the one that is thought to be the best given the information.

Arrogance is another charge I’ve seen flying around the internet.  If you call a high level of confidence in one’s abilities as arrogant, then okay, he’s arrogant.  But then so am I, and every human being that is capable and know it.  I’m confident when I go to work.  I know my abilities and use them.  I stand up for my decisions and am not afraid to call a bad idea as such.  I have been called arrogant, overbearing, bossy and a whole lot of other things that can be seen as true by those less confident in themselves.  So what?  Arrogance is a sign of leadership and strong character, suck it up.

Trudeau has been accused of being wrong about every issue of significance.  But the issues that are mentioned are those of personal opinion.  For example, on abortion Trudeau is pro choice.  On marijuana he is pro legalization/decriminalization.  On women’s rights he’s a feminist.  And on aboriginal affairs he’s all for reconciliation.  These are significant issues and he is wrong about them?  I think that this has nothing to do with capability and a  lot to due with typical blind, knuckle-dragging from people who splash around in their own puke of arrogance.  See what I did there?

The Prime Minister has been said to have no experience in running a country.  Okay… really?  No one has experience in anything until they start doing it for the first time.  If we only put those in power who have had experience running the country we wouldn’t have anyone left to run the country, because all the experienced folks are either dead, too old, or have had their shot and cannot legally have another.

They’ve said that he’s never worked a day in his life.  That really depends on your definition of “work”, doesn’t it?  I work hard on these articles.  It certainly isn’t labour in the way you may be used to it, but it is still work.  In 2000 Trudeau advocated for winter sports safety on the Kokanee Glacier Alpine Campaign.  In 2002, Trudeau slammed British Columbia’s decision to stop funding for the public avalanche warning system.  He was chair to the Katimavik youth program.  In 2005, Trudeau fought against a $100-million zinc mine that could have poisoned the Nahanni River, a United Nations World Heritage Site in the Northwest Territories.  What is work?  It’s shoveling poo on a dairy farm, it’s making that customer’s car look awesome, it’s managing a team of 25 people to pick up recyclable bottles and cans at Roughrider games.  More generally, it’s the giving away of your time and skills in exchange for a reward.  Trudeau gave his time and skills away for the reward of doing something to advance our society in Canada and to keep natural areas safe from contamination.  Maybe he even got some monetary compensation for the work he’s done.  Sorry, but that too is part of work.

Some have complained that Trudeau is a ski bum.  He likes to ski.  Okay… I don’t, I like paintball.  I do not see this as an issue, though.  You may be a nature bum, a beach bum, a fishing bum… but I don’t, and shouldn’t, hate you for it.  Therefore why do you care if he likes to ski?

Some people hate him because his father started deficit spending and put our country, that had always been in the black, into the red.  Whether true or not, we’re talking about Justin Trudeau, not Pierre.  And that is the point.  If you want to dredge up the past, why stop there?  Why not complain about a civilization based entirely on supporting less than one percent, the decisions of that one percent to butcher people on a scale that boggles the mind, and the sheer waste of centuries of wealth on things that harm everyone?  The point is that if you’re going to start looking beyond the person to his parents, you might was well keep looking back until you get to the absolute root of it, the very beginning of the crap we’re going through.  Blame it all on the Big Bang.

People voted for him just for his looks.  If we reverse the gender of the target we have a sexist remark that is clearly morally wrong and no one would stand for it.  Besides that, you don’t really know unless you’re psychic and have your mental finger on the pulse of an entire nation.  In which case I know where there’s a million bucks up for grabs.  Just talk to the Amazing Randi about his million dollar challenge.

Another complaint I’ve heard was that people are spoiled and listen to false media reporting and do not take the effort to research the various parties.  This is something that comes up every time in conversations between conservative and liberal people.  Both call each other stupid, sheeple, libtard, contard etc, ad-nauseum but neither side really does their research well enough to know how bad, unreasonable and illogical their position is.  So in this way alone, the reason above can be stricken from the record because no one is doing it right, anyway.

Prime Minister Justin Trudeau is at the beginning of his term, just like President Barack Obama was when his hate mongers started puking stupid.  Trudeau is considered a pretty boy, as was Obama, and though it seems a fair point to some, I fail to understand why it is a point of contention at all.  I remember someone close to me hating Pierre Trudeau because he was ugly.  Kathleen Wynne has gotten her fair share of ugly comments from haters.  So, I get the impression that looks don’t really matter because hate-sheep will still use looks as a bludgeon, as if your ugliness or prettiness is what makes or breaks a leader.  Like Obama, Trudeau doesn’t seem to give half a nut what hate-sheep say about him.  Haters might as well start using real reasons or, as is often said in comment sections, they should STFU.