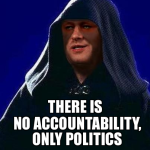 All Has Been Said and Done

And now we have a majority Liberal government.  Enough of us came together to throw a tyrant, cheat, criminal etc. out of office.  We saw the evidence, and voted smart.  But, I still have concerns.  I worry because the amount of damage Harper did to our country will take a hell of a long time to fix.  So, this whole pattern of ditching the Liberals before any significant fixing can be done, just will not wash this time around.  The public’s memory must extend beyond 5 or even 10 years.  Those of us who have suffered, and will continue to suffer until some normality is returned, cannot forget what the CPC under Harper has done.  Because we have shown that we are capable of paying attention, in the next 4 years I expect more intelligence from us Canadians.  I expect us to watch the Liberals closely, read the bills and amendments they propose (not just believe what the politicians tell us), and weigh that information against logic and reason.  I especially expect us to watch the Conservatives.  As official opposition their job will be to challenge the Liberal government on their decisions.  More importantly, I expect us to understand that they will do everything, say anything, manipulate what they can, in order to get back in control of our government.

… has shown us a Canada that is the scorn of the international community.  The human rights violations, environmental belligerency and racist leanings has driven millions of us to not vote for who we feel are the best people to run things.  Instead, we have voted in a way that I find distasteful.  Personally my options were limited to one, he who was closer to beating the Conservative candidate in my riding.  As in previous elections I would have liked to have had that internal debate in my head about who in my mental list better deserved my X.  But I wasn’t able to do that.

I have had my rights arbitrarily taken away, been viewed as a potential terrorist for standing up for the environment and for the little people.  I have been made to expend much of the effort, I would have normally spent on more lighthearted endeavors, on speaking out against my government and everything it stood for.  And this is not the end of that either.  Because as mentioned above, I am still watchdogging and will continue to do so, because there is no trust left in me to give any politician or political party.

How can this state of mind be a healthy thing?  How is it that, even though the tyrant is out, that I still fear my government?  Can we really breath a sigh of relief?  Or should we temper that sigh with the knowledge that the choices that can either bring us back from the edge of international asshole, or drive us further into that dark place, haven’t been made yet?  We have promises only.

I’m watching because I still fear, and because a vote is not a silver bullet.  Yes, harper is gone and I’m glad for that.  But he came to power because of ignorance and the pathetic state of our voters mindset at the time.  Are we smarter now?  Maybe.  Are we all going to watch from now on so that a repetition of the last 10 years won’t happen?  Maybe.  Regardless, it is the politician’s job to serve us.  It is our job to make sure that they do.

I am proud of those who came out to vote, to aim their silver bullet at Harper, to correct the mistake we made.  I am proud that large populations of citizens had ditched ignorance and passive capitulation.  Thank you to everyone who came out and exercised one of the remaining rights we have left.
Peace.