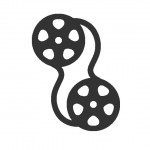 Okay, now that I got that out of the way, I can move forward. Isn’t anyone else tired of the same things repeatedly passed off as a new when they most certainly are not? Are writers lazy, or do producers simply have their heads shoved up their money-entitled butts? Yes, there are new ideas out there, but they’re very rare. I’m not convinced that everything that can be thought has been. In a universe as unimaginably immense as ours you would think that there would be no limit to what we can imagine. Years ago I watched a film called “Franklin”. It was a European movie that was quite a mind screw. I cannot describe it, and even if I could I would never do it justice. I just saw another one called “Tomorrow Land” and it was quite enjoyable and kinda new. But these only tease my mind, I want more, crave more and deserve more and so do you.

Here’s a novel idea… how about a movie based on an alien race without any damned humans in it. The aliens can’t be bipedal either. In fact, screw limbs entirely. Show me a way of life so alien to anything we’ve ever experienced on this Earth, and a form of reproduction that doesn’t involve anything we’ve ever seen or imagined before. Show me something that will truly blow my mind and open my eyes to something I never even dreamed was possible. Take me to a world far from here, show me creatures that push my mind beyond sanity. Make me a film so cool, so not done before that it will keep me awake all night because I can’t stop thinking about it. Make me say “woah” and sit there in awe with my mouth hanging open.

That’s what I want.