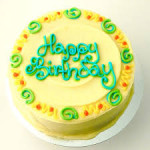 Wait… what?  Birthday?  Today is not only the first day of the new year, but also the birthday of oneeyedlemon.com, and the commitment to whatever-it-is I do here.  One year ago today OEL Dotcom greeted the new world of 2015 with a small core of several people, mostly family and friends.  Since then the Lemon community on Facebook has grown to 31 members, and is still slowly growing.  I tracked the then Prime Minister Stephen Harper and his Conservative party through a long and grueling federal election campaign, took potshots at Business Insider for crappy science reporting, trash talked Al Qaida and ISIS and introduced the original cartoon “Ogg”.  In 2015 OEL branched out to Twitter, harnessing 2,983 members (as of December 31, 11:59:59CST), changed web hosts twice because of underhanded tactics, and have generally been a pain in the ass of any person, or group of persons, with high levels of moral ineptitude.

I may have had more to criticize in 2015, but I still found the time for a healthy spattering of science, fiction and fun.  There was a huge amount of politics on EOL last year, and this year looks to be much the same, as Brad Wall (Premier of Saskatchewan) will be facing an election year in 2016.  This is the man who killed my dream of getting a start in the film industry, by killing the film tax credit and sending production companies to neighboring provinces.  So, you know I truly do not like Mr. Wall and my articles will pull no punches.  Like Harper, Wall is going down.

One Eyed Lemon will continue to grow, expand and explore, as I start using video as a medium of expression.  I will at times be somewhat hostile, definitely humourous and will probably show you things you do not want to see.  But, I encourage you to look anyway, because that is how we all grow.  I’m not here to shove your face in anything, as long as you don’t take a crap on my floor of course.

Here’s to a great year now laid to rest, and a new year barely out of the womb.  Live and love to the fullest.

… and as always, Peace…
RR, The Lemon