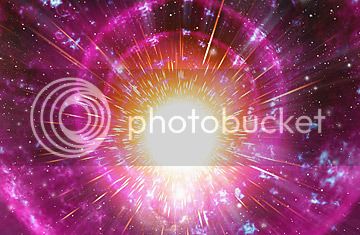 We thought we saw the mechanism that is thrusting all the galaxies away from each other, an effect we called the hubble expansion.  We thought it was because of a sudden explosion from a singularity that created space, matter and time.  We thought it would eventually slow down and then contract again.  Everything would come back together in a final Big Crunch and would return to a perfection that once was.  The Big Bang was a perfect theory.

Then Dark Matter had shown it’s ugly face in the data, grinning like a mental patient, and throwing all our effort into question.  It screwed with us, because the totality of everything without Dark Matter was just the right amount of stuff to close the universe and bring it all together again.  Too little matter and the universe would expand forever, too much and it wouldn’t have a chance to form complex elements before being forced back to a point again.  Humanity could never be.  Dark Matter was something we didn’t want.  We didn’t order it, because it wasn’t even on the menu.  It took us completely by surprise.

But, we studied more, thought more, looked even further and even deeper, and what we found was Dark Energy.  A repulsive force that pushed everything away from everything else.  It is real.  It’s not an aberration in the data, and not an illusion.  Space is expanding at incredible speeds, taking all the galaxies with it, and it is accelerating.  Because nothing happens without energy, impossible levels must be powering it.

This specifically messes with my head, because I’ve learned that you cannot have a net input of energy into a system (ie. law of the conservation of energy).  If the law is wrong then we’re dealing with the complete scrapping over two centuries of physics.  If the law isn’t wrong then the universe is not a closed system.  And if it isn’t a closed system, where is that extra energy coming from?